Creating a hardware-in-the-loop (HIL) flight surface actuation simulator to verify the design and performance of the flight control system for the Dream Chaser commercial transport spacecraft.

"Wineman Technology delivered our test system in an extremely tight turnaround time of three months and put in long hours to make sure every aspect of the application was running completely smoothly."

At Sierra Nevada Corporation (SNC), the Space Exploration Systems division creates technologies for space travel and exploration through commercial civilian means. Its primary project is the Dream Chaser, a 30-foot, space shuttle-like spacecraft for transporting crew and cargo to the International Space Station and back to Earth. As one of four vehicle developers selected for phase 2 of NASA’s Commercial Crew Development (CCDev) program, SNC is working to create a safe, reliable, and reusable spacecraft on time and within budget.

Figure 1. The Dream Chaser will transport up to seven people to the International Space Station. 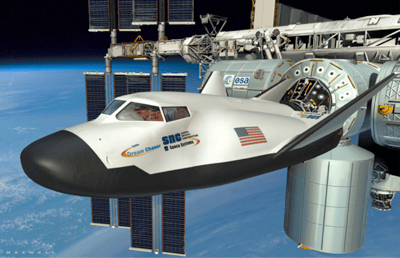 All images are provided courtesy of Sierra Nevada Corporation and may not be used without permission.

As a lifting-body space plane that takes off vertically and lands horizontally, the Dream Chaser has several body flaps and rudders, or control surfaces, which are all managed by the onboard flight control system.

Calling in the Test Experts to Save Time and Money

To save the time and costs associated with creating a new system, SNC decided to hire a test integration specialist. SNC chose Wineman Technology for the company’s previous experience with iron birds and their use of non-proprietary hardware and software. In SNC’s experience, they had found that open product platforms often are easier to use, integrate well with third-party tools, and provide greater flexibility for customization. The Wineman Technology open INERTIA test automation software appealed to SNC because it already contained most of the features they needed and could easily be programmed to meet their specific requirements.

Wineman Technology built an initial, small-scale FCIL control system for testing the lower body flap, which controls pitch and is one of seven total control surfaces for the complete Dream Chaser iron bird. Capable of controlling hydraulic actuators to apply loads to the control surface, this test system consisted of four major components:

Figure 2. The FCIL control system has hydraulic actuators that are controlled by Wineman Technology INERTIA software and PXI hardware.

Each of the components was designed to meet the requirements of testing the lower body flap, while being flexible enough for the full-scale, seven-axis system. For example, the hydraulic power supply component of the test system consisted of hydraulic manifolds for fluid regulation and a hydraulic power unit (HPU) that was appropriately sized to simultaneously power all seven control surfaces of the iron bird. As for the load simulation system, the hydraulic load actuator was responsible for accurately replicating dynamic aerodynamic loads of up to 3700 lbf. In order to effectively test the flight control system, the load actuator had to operate at a faster speed than the flight control actuator to prevent lag in the simulated environment.

Figure 3. The electronics rack contains PXI and SCXI hardware to monitor and control the iron bird. 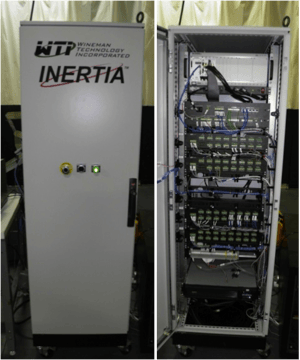 How the FCIL Control System Works

The FCIL control system operates two control loops, the closed loop position control of the flight control actuator and the closed loop force control on the load actuator. SNC already had the flight control actuator, which is controlled by the Advanced Motion Control (AMC) driver for velocity, position, and current control. To determine the absolute position of the lower body flap, the actuator can undergo a homing sequence. As an alternative method, the output of a linear variable differential transformer (LVDT), integral to the actuator, is measured and controlled by the INERTIA system.The signal is acquired through a National Instruments SCXI signal-conditioning card. Wineman Technology’s INERTIA-based system controls the load actuator to perform both position and force control with a PID algorithm. The system achieves position control using feedback from the LVDT, and performs force feedback using a load cell that is part of the load linkage on the bottom surface of the body flap. Engineers first tuned the load actuator under position control, and increased the Kp gain to demonstrate a good frequency response of greater than 12 Hz before installing it in the test stand. After position tuning was completed, engineers performed load tuning both under static and dynamic conditions. Dynamic load control proved to be challenging because excessive Kp was causing the system to resonate and shutdown. Despite the complexity of the dynamic load tuning, Wineman Technology successfully tuned the system and then worked with the SNC team to add velocity compensation to further improve performance during high-rate, dynamic events.

In addition to controlling the system, the INERTIA system is also responsible for monitoring all instrumentation within a test at a rate of 500 Hz. The PXI system contains digital and analog I/O for handling current sensors, AMC outputs, and high-speed counters for reading encoders. SCXI cards are also used to measure, excite, and provide signal conditioning for strain gauges, load cells, and the load actuator LVDT. The raw data is then transferred from the PXI system and saved on the desktop PC for later data reduction and analysis.

The goal of this HIL simulation system was to thoroughly test the flight control system by performing closed-loop force control on the Dream Chaser’s flight actuators. SNC also had a tight timeline in order to meet the next milestone in NASA’s CCdev program.

Wineman Technology delivered a system in a short three months that included all the hydraulic units, actuators, software, and electronics. All the actual programs for testing the actuators were developed using standard, drag-and-drop components in INERTIA. SNC saved time using a commercial-off-the-shelf (COTS) product like INERTIA because all core software was already written. Engineers only had to customize the hardware and user interfaces and develop the test profiles required to accurately represent the performance in-vehicle. Wineman Technology also sent an engineer to SNC for a one-week, onsite installation that was critical to getting the system running on time and to specification.

Because to the success of the initial test system, SNC plans to approach Wineman Technology about completing the rest of the Dream Chaser FCIL control system with a fully implemented, seven-axis iron bird. Both the PXI and SCXI systems can easily be expanded to include more channels by adding additional cards. Having all seven of the Dream Chaser control surfaces will allow the entire flight control system to be ground tested with flight-like loading.

During later phases, the FCIL control system will be combined with the work from two other simulation labs that will allow an astronaut to fly a flight simulator with the actual iron bird behind it, correctly applying the corresponding loads to control surfaces. This integration of the three labs will allow complete end-to-end HIL testing of the Dream Chaser flight controls, vehicle avionics, pilot controls, and power systems. 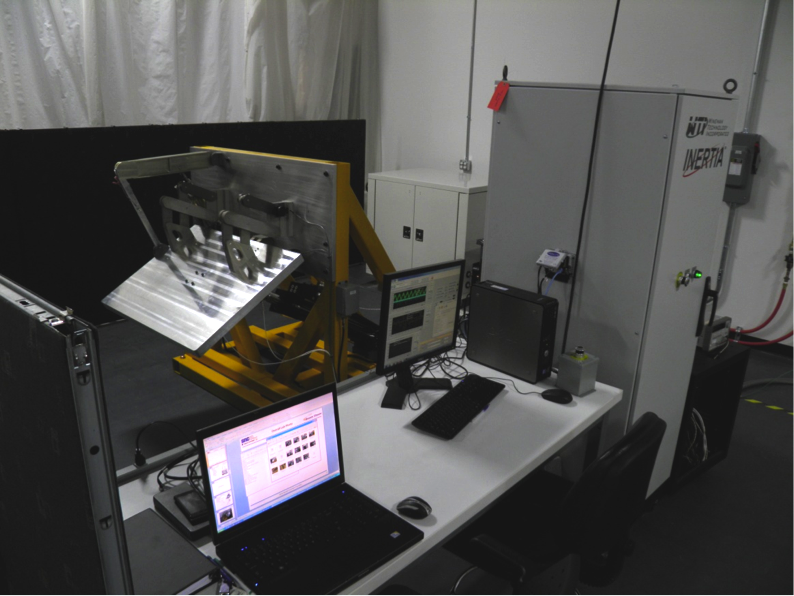 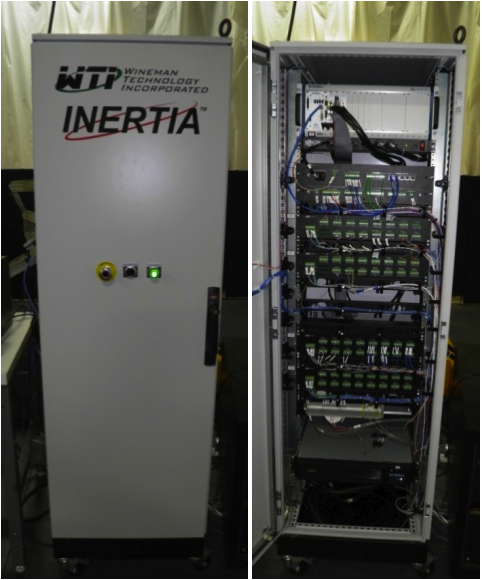 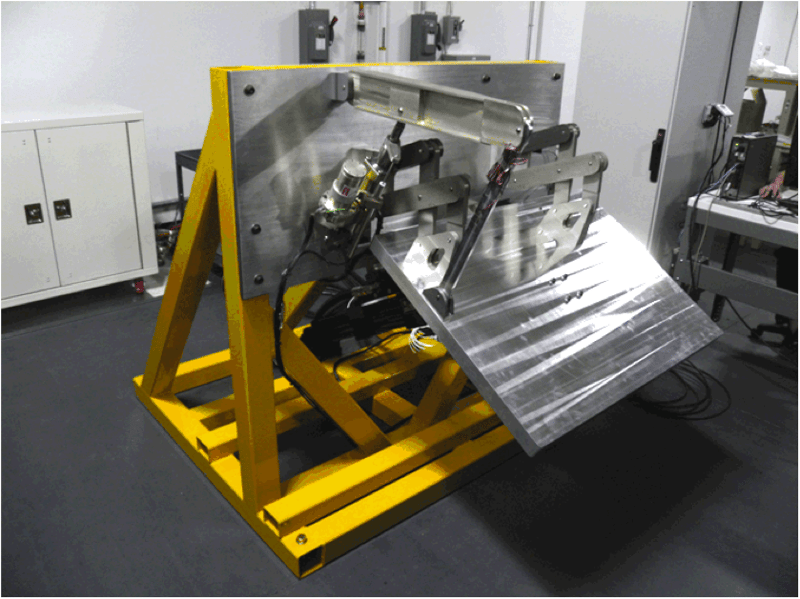 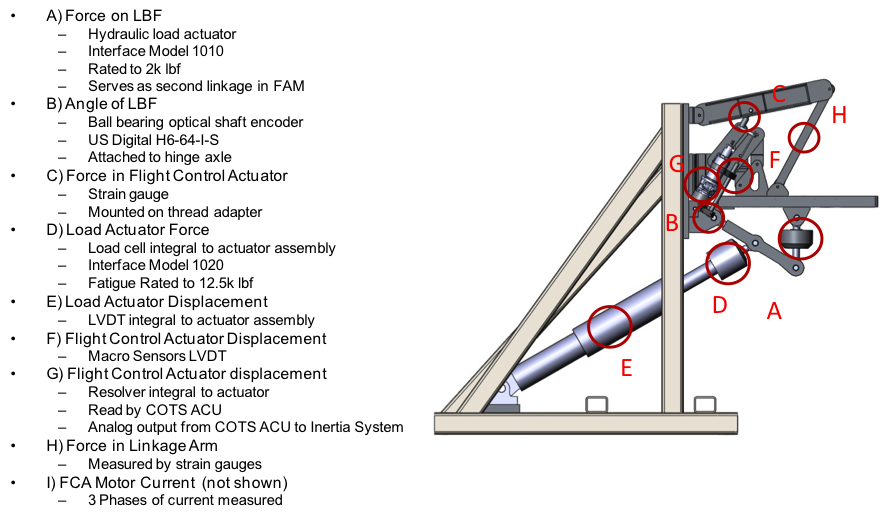 Learn More About Our Work in the Aerospace and Defense Industry